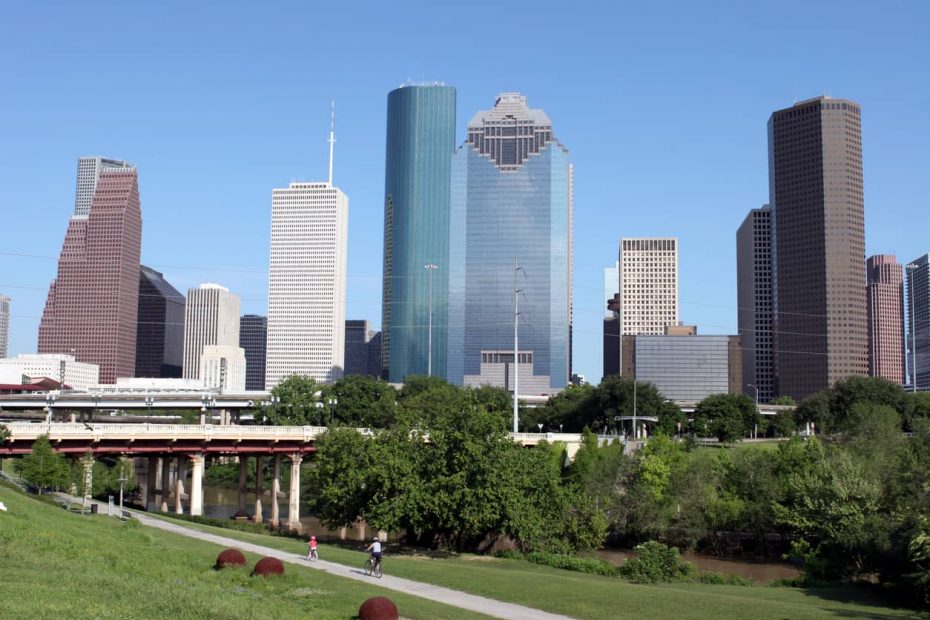 Whether you’re moving within Texas or from another state, Houston is one of the best choices you could make in terms of picking a place to live. The city is the fourth most populous in the nation and the largest in the state of Texas. This big metropolis-meets-the-south energy makes Houston neighborhoods the best and most desirable places to live. Whether you’re interested in a cityscape or some tree-lined streets as your home’s backdrop, Houston has plenty to offer. If you’re considering moving to the area, keep reading, because we’re going to discuss the best neighborhoods in Houston to live in.

This Houston neighborhood is a top-choice for those who want to live in the city. Close to Downtown, Midtown is a chic, up-scale, and trendy area that constantly finds itself on the “Best Neighborhoods in Houston” lists. A walkable area with plenty of shops, restaurants, and nightlife, Midtown has that buzzing excitement that cities offer. Though it is highly sought after, the neighborhood remains affordable, and most residences can be found in luxury high-rises, industrial-style lofts, or renovated single-family homes.

Unlike Midtown, we wouldn’t categorize River Oaks as one of the more affordable Houston neighborhoods. Instead, this upscale residential area is one of the most expensive in the United States. Surrounded by parks, fancy restaurants, and lavish shopping centers, this neighborhood is for the wealthy among us. Whether your budget allows for an estate or mansion, River Oaks has plenty of options on the market right now.

Houston Heights is certainly one of the best neighborhoods in Houston. The architecture on some of the houses is historic and highly desirable, from Craftsman to Victorian and Queen Anne style. Within this history-rich area, there are often requirements set out by the local housing association to ensure that all of the architecture is properly taken care of and preserved. With the beauty of the homes and the chic shops and restaurants, you would think Houston Heights is as expensive as River Oaks, and that can certainly be the case with some houses on the market, but most of the neighborhood remains relatively affordable.

South of Downtown and Midtown sits the Museum District, a Houston neighborhood that was given its name due to the 19 museums in its approximately 2-mile radius. Also, home to Rice University, the Houston Zoo, and Hermann Park Golf Course, this area is bustling with action and activities. With the Museum District’s clear focus on art, education, and history, the area attracts many professional and aspiring artists, scientists, and historians, making for inspiring interactions wherever you turn. Because of the popularity of the area, many of the available apartments and single-family homes are modern or recently renovated, offering pricey or affordable options.

Out of all of the Houston neighborhoods on this list, Montrose is probably the closest to a hipster haven. In fact, it’s often compared to Austin, another city in Texas that’s known for its laid-back vibes, cool restaurants, exciting events, and boisterous art scene. It’s also a neighborhood that’s fused history with modernity, offering apartments, townhouses, and single-family homes amongst 1920s mansions. This popular Houston neighborhood, located close to the Museum District, means that you’re right in the center of it all, while still having a refuge in whatever home you choose.

Once you have decided on which neighborhood to move to in Houston, you may need an extra hand getting things moved and set up. Regardless of whether you need help moving heavy objects, clearing out moving boxes, or require yard maintenance, you can find the assistance you need at an affordable rate with Laborjack. Book online today.