Laborjack Blog » Moving to Arizona » What To Know About Moving To Phoenix, AZ

What To Know About Moving To Phoenix, AZ 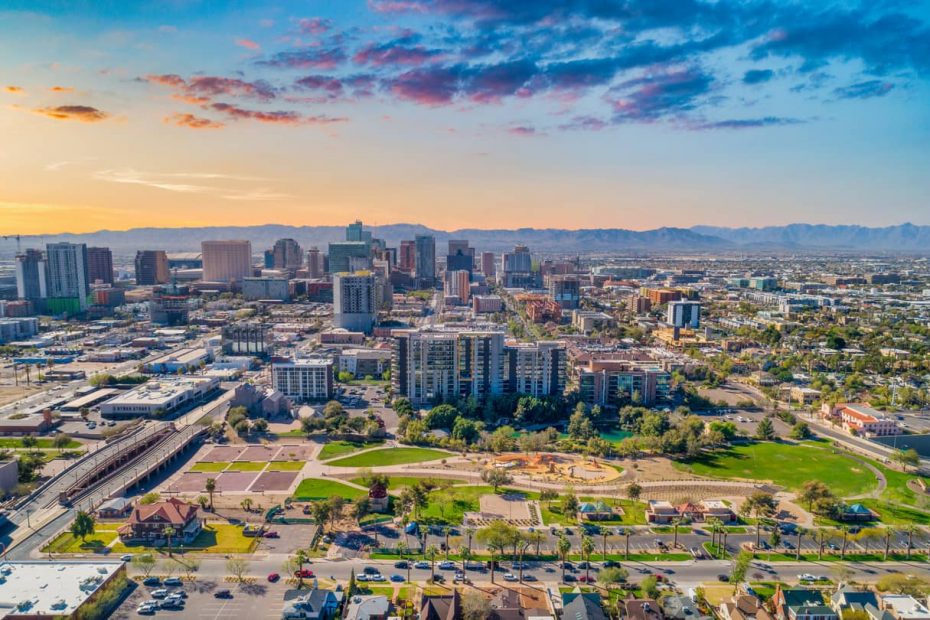 Phoenix has experienced enormous growth in the past few years, and is widely regarded as one of the best cities in the nation to move to. But is it right for you? Find out in this blog from Laborjack, where we’ll discuss the basics and the pros and cons of moving to Phoenix, AZ.

What You Should Know About Phoenix

Phoenix is the capital and the largest city in Arizona, and it has experienced amazing growth, with more than 4% yearly population growth over the past 4 decades. Located in the Salt River Valley, Phoenix has more than 4.8 million residents in its metropolitan area.

Despite this, though, Phoenix has a reasonable cost of living, at just 103.7 compared to the national average of 100. Groceries, housing, fuel, and other essentials are very affordable. The city also has a thriving economy, focused on real estate, finance and insurance, industrial manufacturing, and health care, among other sectors.

As far as transport goes, Phoenix is primarily a sprawling, car-based city, though it does also have some trains and a reasonably good bus system, and is home to Phoenix Sky Harbor, a large international airport.

It’s also located near many outdoor recreation opportunities, and has many libraries, museums, and other places where residents can explore local culture, history, and heritage.

Pros Of Moving to Phoenix

Obviously, there are good reasons that thousands of people move to Phoenix each year. Here are a few of the benefits of living in Phoenix, AZ.

Cons Of Moving to Phoenix

Like any other city, Phoenix has its weak points and drawbacks, and you definitely should take these into consideration before you plan your move.

If these pros and cons of living in Phoenix have helped you make your decision and you’re ready to move, Laborjack is here for you. Book a job online now to get the convenient, affordable moving help you need – on your terms and on your schedule.